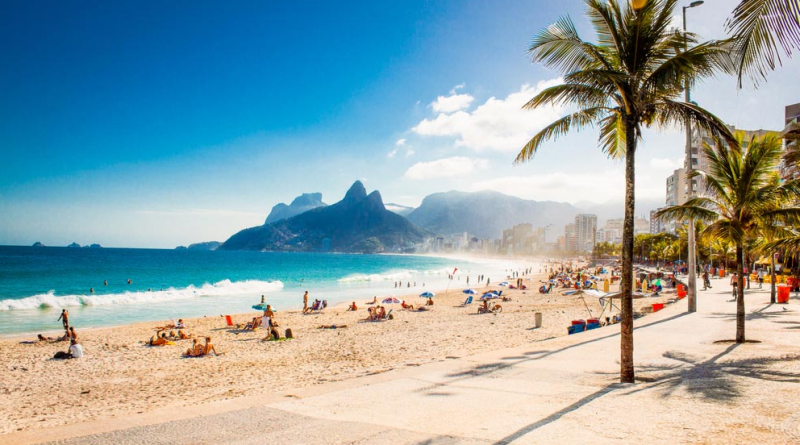 The most famous destination in Brazil is surrounded by beautiful beaches and the green Atlantic Forest present in almost entire city. A perfect destination for those who love to enjoy the busy life of a great metropolis and enjoy beautiful natural scenery at the same time. Keep on diving into the Rio de Janeiro – Best Attractions List below.

The city ​​of Rio de Janeiro is the second largest metropolis in Brazil and is located in the southeast of the country. Affectionately nicknamed a wonderful city, this is undoubtedly the number one tourist destination in Brazil. Being internationally known for several cultural and landscape icons, such as the Sugar Loaf, the Christ the Redeemer statue (one of the seven wonders of the modern world) and the beaches and neighborhoods of Copacabana, Ipanema and Barra da Tijuca, the city is full of places to know during a visit to the destination.

More than a postcard, Rio de Janeiro is practically a state of mind. The city has about 30 km of border surrounded by boardwalks that encourages to make long walks just observing all the natural beauty that surrounds the city.

It is not only the beaches that make Rio de Janeiro famous. The fun Rio night and bohemia of some neighborhoods like Lapa, is another one of the key points of the city is always so busy.

Rio de Janeiro is characterized by nature and is home to great cultural and sporting events throughout the year. The city gets even busier in the summer, when the country’s two main parties attract people from all over the world. On New Year’s Eve, tons of fireworks color the skies of Copacabana to greet the new year, while in Carnival the folia takes over the streets, having its great time in the Sambódromo, scene of the synchronized parades of the samba schools. A must-have program after the beach, the well-cooled chopp (Brazillian beer) leads to the taverns where snacks such as bean curd, pastries and ham sandwiches are worth a try.

What to do in the city of Rio de Janeiro?

The beaches are in the south zone that are most sought after by the tourists. In a good walk you can admire three of the most beautiful beaches in the world: Copacabana, Ipanema and Leblon. The movement on these three beaches is always intense. Tourists, locals and street vendors roam the long strip of sand and the city’s famous boardwalk. Frequented by surfers, the Arpoador is one of the best places to enjoy the sunset of the wonderful city.

Within only 200 meters of distance and surrounded by beautiful hills, Praia Vermelha is located in the neighborhood of Urca. The attraction is very close to the entrance that gives access to the famous cable cars of the Sugar Loaf .

Main postcard of the city and one of the 7 wonders of the world the Christ the Redeemer is 30 meters high. The huge structure stands on top of Morro do Corcovado at 710 meters in the middle of Tijuca Forest.

Another very sought after ride is the cable car to the top of the Sugar Loaf . The tram leaves Praia Vermelha and has two stops, the first one in Morro da Urca at 220 meters of altitude where you have a beautiful view of the Bay of Guanabara and the cove of Botafogo. The second stop is 400 meters above sea level and from there you have a panoramic view of the entire southern and Niterói area.

Located between the slopes of Morro do Corcovado and Rua Botanico Jardim, Lage Park is one of the most pleasant parks in Rio de Janeiro’s South Zone and has space for picnics and outdoor activities.

Located in the neighborhood of the same name, the Botanical Garden of Rio de Janeiro is considered by many to be a living museum with regard to botany. The park is home to hundreds of Brazilian and foreign species. A great option for outdoor family outings.

One of the most traditional shows houses in Brazil, the theater of Rio de Janeiro offers guided tours for tourists to check up on the architecture and details of the construction.

The city’s most bohemian neighborhood is one of the busiest points in the city. The Lapa contains several bars and houses playing all kinds of music. The so-called Carioca Aqueduct, better known as “Arcos da Lapa”, is a famous landmark in Rio de Janeiro, which retains some of the colonial period.

Always very busy for race, cycling or even a simple walk, Lagoa Rodrigo de Freitas has a 9.5km border and is connected to the sea by the channel of Jardim de Alá, which separates Leblon from Ipanema. At the shores of the lagoon, the public finds a busy gastronomic center with options of kiosks that offer dishes of different nationalities, as well as live music in the evening. Attached is the Catacomb Park, which exhibits 30 sculptures of Brazilian and foreign artists in the open air.

Situated on top of a hill cut by rails of the electric cable car that circulates the region, the pirotese neighborhood of Santa Teresa provides privileged views of the south and central zone of the wonderful city. The place is also full of workshops or studios by an artist or designer, cultural spaces, bars and restaurants.

The Fort of Copacabana is located on a tip of stone embedded in the coastal coast that goes against the sea. With a privileged landscape that covers Arpoador beach on one side and on the other the beaches of Copacabana and Leme, the space that houses cafes and a museum occupies a total area of ​​114,169 m², the Copacabana Fort was inaugurated in 1914 and is considered “The most modern warring place in South America.”

Museum of the Republic

The Museu da República is housed in the Catete Palace, home to some of the main events in Brazilian history. The building built in the middle of the 19th century was the urban residence of the Barons of Nova Friburgo. The Palace was the home of the Presidency of the Republic until 1960, when Juscelino Kubitschek transferred the Federal District to Brasília.

There is no better way to enjoy the beauties of the wonderful city than in the many viewpoints scattered throughout the capital of Rio.

Other places to see in the city of Rio de Janeiro

How to get to Rio de Janeiro?

The city of Rio de Janeiro has two airports: Antônio Carlos Jobim International Airport and Santos Dumont Airport. There are daily and direct flights departing from the main capitals of the country for both.

From Belo Horizonte: 430 km mostly covered in BR-040.
From São Paulo: About 400 km along Via Dutra.
From the north coast of São Paulo, access by Rio-Santos.
From Espírito Santo: 515 km the main access is by Highway BR-101.

Rio de Janeiro is a year-round destination, and there is not a bad time to visit the wonderful city.

Summer is the time when the city bombs receiving tourists from all over the world, the high season takes place in the summer months between the beginning of December and the end of February. During this period, the city receives its largest number of visitors and also holds great celebrations worldwide known as the New Year and the famous Carnival. 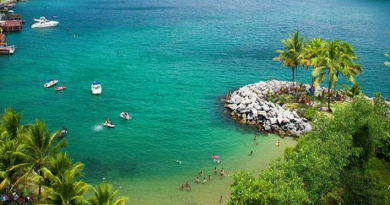 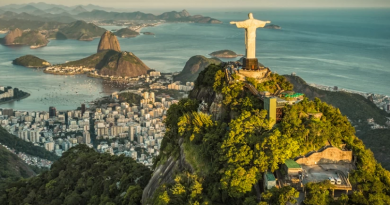 The Most Visited Places in Brazil 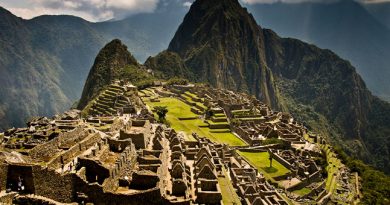 The Most Effective and Budget Friendly Trip in Peru