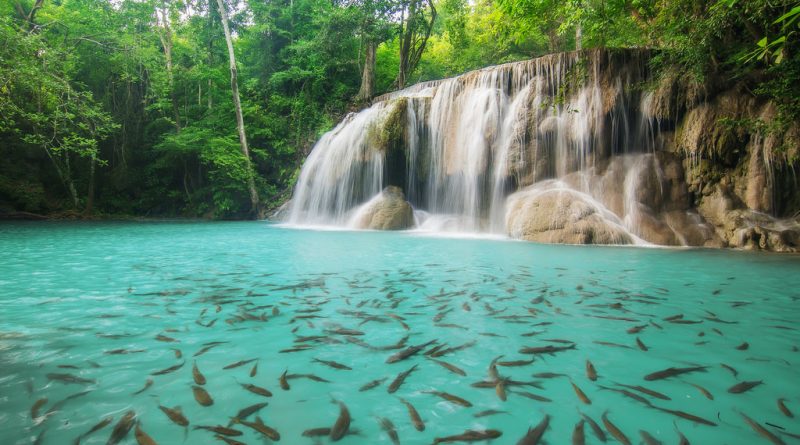 In South Korea, it is not hard to find a waterfall, a stream or a stream because the country has a lot of mountains and rugged hills,. Some of them which requires a long walking due to their geographical location, it is worth it to witness the scenery. It is not difficult to reach many waterfalls, for example reaching the 22 meter high Cheonjiyeon Waterfall is easy and effortless. Another feature of these trips is that almost all the rivers have been the subject of many popular stories and songs. So in this wonderful nature, many myths are actually hidden!

In Asia, Jeongbang Waterfall is known to be the only waterfall that pours directly into the ocean. The entrance fee is 2,000 KRW for adults and 1,000 KRW for students. Access is easy and the car park is extensive. Depending on the rain season, the height is around 8 meters. This waterfall, which is fed from the Donghong-chun stream, is one of the most famous tourist destinations in the country and the most famous of the rivers in South Korea. The most famous of the rumors about this waterfall, which has many legends talks about it, is about a dragon lying under water. It is believed that this dragon controlled the flow of water and helped people during drought times.

Located on Jeju Island, this waterfall is 22 meters high and 12 meters wide. This waterfall, suppported by two small dams, is one of Jeju’s most famous river, along with Jeongbang and Cheonjiyeon. The volcanic rocks in front of the waterfall are among the most preferred areas for tourists to take photographs. This waterfall is fed by the Yeonhee-chun stream and is home to many fauna and flora. At the same time, it forms the habitat for many living creatures. It is necessary to walk a little to get to the waterfall, but this road was built to reflect Korean culture; So you have a trip in a kind of excursion. The rocks seem to have a hidden face, with the reflection of the light during the nights; Do not forget to testify to this terrifying illusion when you are there.

Also in Jeju, this waterfall has several common features besides name similarity with Cheonjeyeon. They are about the same size, 22 m high, 12 m wide, 20 meters deep. The meaning of Cheonjiyeon is the meeting of the sky. You can leave yourself to the enchanting sound of the stream of water after walking about 1 mile in the subtropical path. It is also one of the habitats of the serpent fishes of South Korea, and you can also observe them.

This waterfall, which you can swim if you like, is not too big, but with its natural beauty it makes its way into this top 10 list. This place you can reach is in Gangwon-do after a steep and short walk. It is 12 m high, not very high but people prefers to visit due to the ease of transport.

This waterfall in Jeju will fascinate you in every aspect. It is not recommended to visit Eongtto during the drought periods. It offers an excellent experience and landscape under the rain. You can not see the waterfall on days without rain, but there is enough reason to go there just to be in the forest. The admission is free, but you have to go through quite a few steps to enter.

You can reach this waterfall in Ulsan from the following route: You will see Deokhyeongjae when you go south of the Temple of Seoknamsa, if you continue to go south, you will see Paraeso in a valley. It is located in a rugged place and in a hidden form. Being in a rugged place and hidden form has caused it to conceal its beauties, and it preserves its beauty without touched. When you enter the stream, you will see the clouds in the sky as white fog. This little heaven on earth is a must go. All you have to do is take a hard walk!

This spectacular waterfall, located near Gapyeong, is fascinating to those who see it as a piano. You can meet all your needs in the piano-shaped building next door. The children’s park inside is also an ideal place to spend a family day.

Located in Cheondang, one of Korea’s national parks, this natural wonder lies at the foot of the Seorak mountains. This destination, which is heavily demanded by tourists and mountaineers especially during October, is the place where you will most enjoy the taste of autumn. But you should know that walking distance is long and walking is very tiring.

Jungwon Waterfall is located at the eastern end of Jungwon Valley in Jungwon Mountain. It is a popular route especially for summer tourists. This waterfall flows from a height of 5 meters, providing a relaxing atmosphere for those who does not like hot weather. It is a bit troublesome to get to Jungwon, which falls into a lake about 3 meters deep, without car. If you are thinking of coming by car, There is a car park with a capacity of 50 cars nearby.

Yongso Waterfall is a waterfall flowing from a height of 6 meters and it has various myths about it. According to one legend, this was where a magical beast named Imugi lived before turning into a dragon and flew out into the sky. The beauty of this nature, which strikes the surface with clear water, also stands out with its environmental beauty. The green forests in the valley, which is cold in summer, are covered with red leaves in the autumn. Yongso Waterfall, located in Yongso Valley, is located in Gangwon-do. 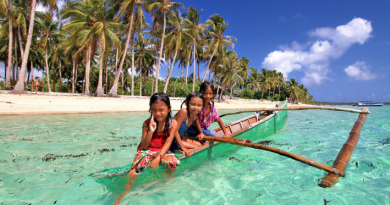 All in One Package – Philippine Travel Guide 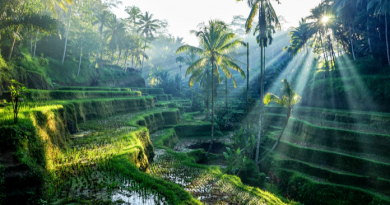 Bali Hotel Options For All Types of Budget 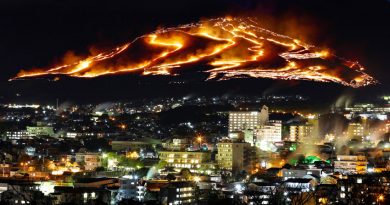