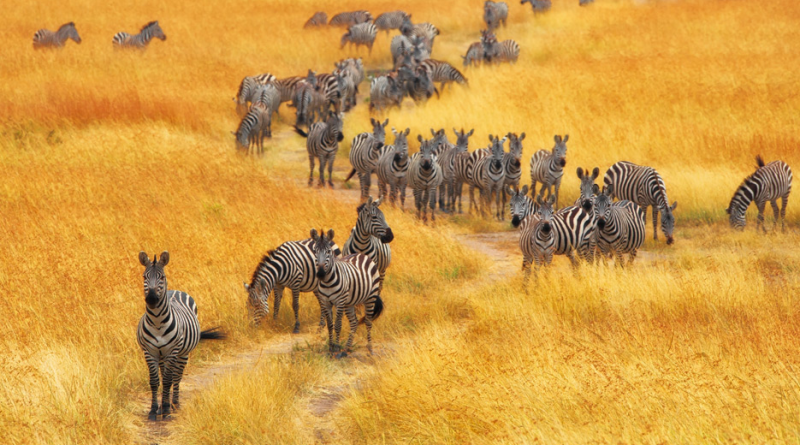 If you visit Kenya, you will experience the impressive wildlife

One thing is certain: The reason to fly to Kenya is to observe the fascinating wildlife at close range. In the area of ​​Nairobi, there is so much to discover that every traveler is spoiled for choice.

One of the unforgettable experiences is a hike in the Massai Mara to a sea of ​​pastel-colored flamingos near the Lake Nakuru National Park. The huge, gently rolling grassland with shallow acacia trees and huge herds of zebra and wildebeest is the ultimate African cliché. It includes not only the reserve but also numerous massai villages and for many is not only the highlight of their Kenyan adventure, but the reason to have come after all. Wildcats can be seen in the Samburu National Reserve , the rare black rhino in the Nairobi National Park, and the Lewa Wildlife Conservancy is home to the world’s largest population of Grevy’s zebras. Also a tip for wildlife fans: A visit to conservation centers such as the Giraffe Center and the David Sheldrick Wildlife Trust.

Kenya’s mountains are often overlooked due to its geographically vast savannahs. However, these are the places for those who want more than just a safari. At about 2,000 to about 4,500 meters above sea level, Aberdare National Park is home to black rhinos, bush hogs, rare black leopards and a large number of elephants. With dense forests, 300-meter-high waterfalls and varied walks, the park offers both fauna and flora as well as windswept bogs, dense rainforests and lush hills.

The cozy Ark Lodge and associated hotel are located at a waterhole in the mountains frequented by wildlife. The four observation decks and a lounge overlooking a waterfall are great for watching wildlife.

Our tip: If you book a tour, you can skilfully combine the most interesting parks. It should be on the wish list necessarily the Nairobi National Park. The Elephant Orphanage and Giraffe Center can also be combined well. Budget-friendly are also group camping tours in the Maasai Mara Reserve.